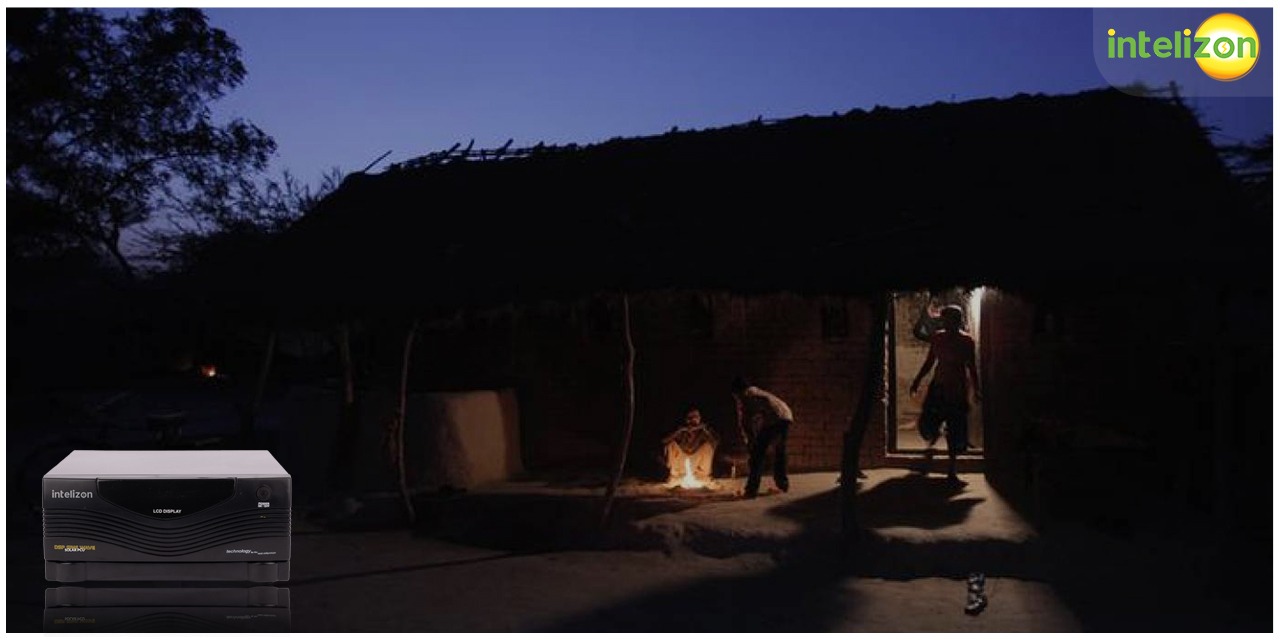 India, a billion-plus nation, despite being world’s third largest producer of electricity, is facing an odd situation where millions of inhabitants do not have access to electricity, particularly in the villages.

There are villages, which haven’t seen electricity in spite of being very near to well-known towns, as they are not connected to the grid.

Apart from that there are so many towns and cities where 10+ hours of power cut have become quite normal during summers. For past 3 years, villages, cities and towns have found out an alternative to combat these power cuts – solar inverters.

Power Cuts and Load shedding are the main reason as to why the demand for solar inverters has gone sky rocking from cities to villages.

What is a Solar inverter?

The solar inverter is an essential device in any solar power system which changes the variable direct current output into alternating current, there by supplying power to the connected appliances and electronics.

Since, rural areas are the most affected areas when it comes to electricity, they have got used to living with kerosene lamps. These kerosene lamps not only release toxic fumes, they are equally dangerous because it can lead to fire accidents. And in some villages, diesel generators are playing major roles in generating electricity but only the rich can afford it. However, they add a lot to air and noise pollution. Here, going solar makes perfect sense – it is more of a necessity than a choice.

As a typical household in village doesn’t have big power needs. They just need it for fans, lights, TV and mobile charger to function. For that DC system comes as a good backup – they generate their own electricity and consume it.

For areas where there is no grid-connectivity, the DC system can charge the batteries via grid with which fans and lights continue to work during power cuts.

States like Uttar Pradesh and Bihar were facing major power cut issues in small towns and villages. Thanks to Solar DC systems, now the shopkeepers and households have become biggest consumers of the same and running their business successfully in highways and villages. Not only lights and fans, even coolers are being run on Solar DC systems.

Earlier, in villages due to no electricity, education system was badly affected. After sunset, kids depend on kerosene lamps to complete their studies. Ladies were too skeptical to come out alone after it’s dark.

Thanks to Solar system, these villages are seeing lights 24×7 after its dark. Solar system is not only adding safety to the rural areas but also contributing a lot towards a better and developed India.

Solar Inverters in Towns and Cities.

People living in cities know very well that every time they look up at the sky, they only see layers of smog and thick dirty air being trapped over our head.

Added uses of fuels like coal and diesel has made our air difficult to breathe and have contributed a lot towards global warming. Whenever we want cleaner air, we take a vacation to some nice less polluted place. It’s time we pay attention at alternative energy sources that are renewable, sustainable, and kinder to the world in which we live.

Inverters have become an integral part of our daily life. How a TV, fridge, AC and geyser have become a necessity. Same way a solar inverter helps in smooth functioning of daily chores during unscheduled long power cuts. They are not only cost effective (cheaper than generators) but also helps us in saving electricity. Mainly replacing fossil fuels with solar inverters has helped us in decreasing the greenhouse effect and global warming.

In many offices, inverters are catching up as an alternative backup power solution for emergency lighting or nighttime dim lighting. Saving money and energy is one of the biggest benefits of switching to solar.

Villages and towns are untapped markets and have a big potential in the next couple of years. Also, the need for solar energy in cities will increase in the coming years.