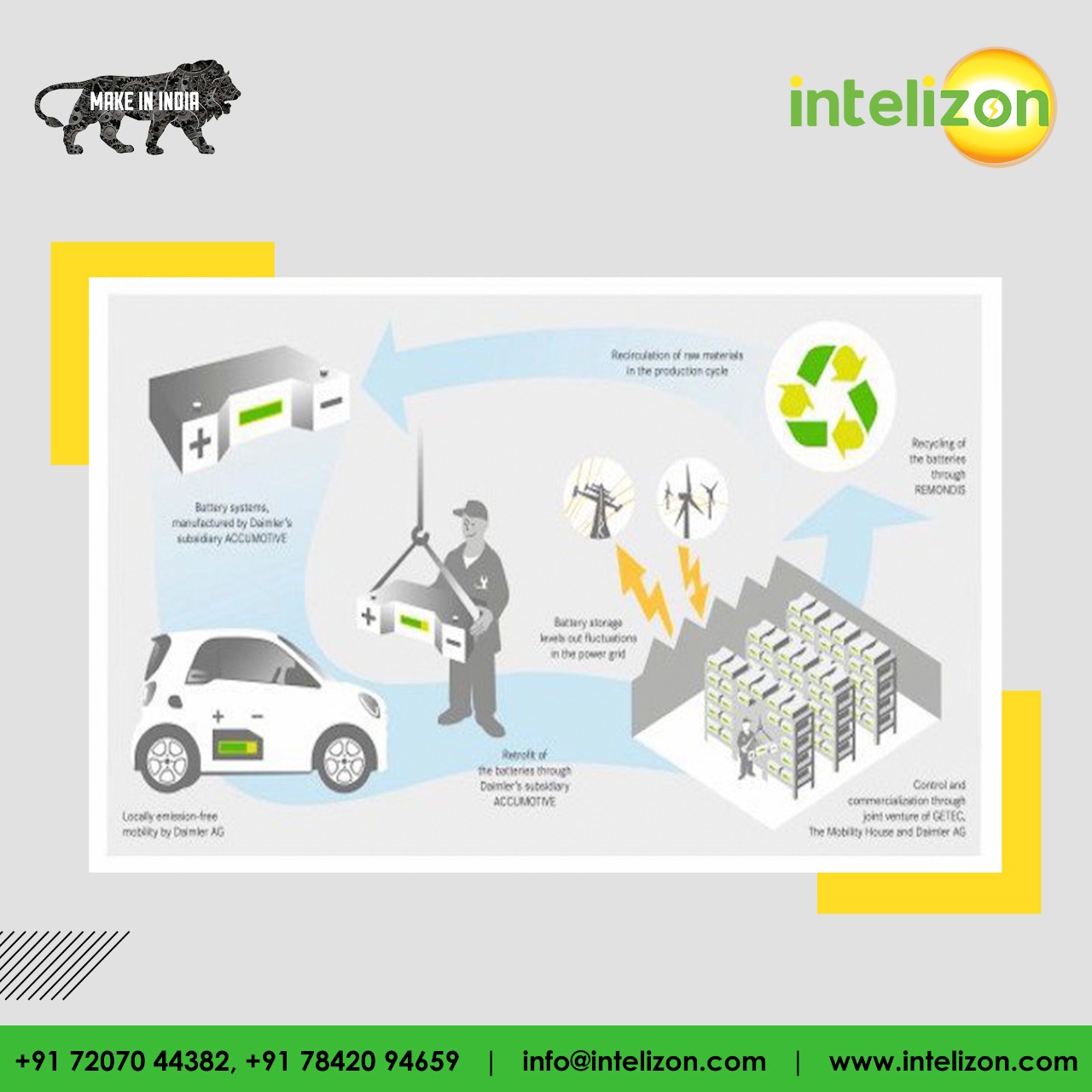 And electric vehicles are completely powered by Lithium-ion batteries and China being the undisputed world leader producer in it. Manufacturing Electric vehicles solely depend on the availability of cobalt and lithium from a few countries like Congo, Bolivia, Chile, and Australia.

And China controls half the cobalt mines in Congo, hence is the key supplier of a major chunk of the raw materials required to make the batteries for these vehicles.

EV batteries have a very good lifespan. After being subjected to extreme operating temperatures, numerous partial cycles a year, and changing discharge rates, Lithium-ion batteries, particularly in EV application, start to degrade fast during the first five years of operation even though being designed to perform approximately for a decade.

A battery’s life does not get over after it’s exhausted its initial application in an electric vehicle. As a matter of fact, batteries have enormous potential for reuse in stationary energy storage.

When an EV battery reaches the end of its useful first life, manufacturers have three options: they can either dispose it off, if it is completely damaged, or recycle the valuable metals, or reuse it.

Replacing every 7 to 10 years for smaller vehicles and 3-4 for larger ones, such as buses and vans; has a lot of toxic chemicals that cannot simply be dumped into a landfill, and it involves an intensive manufacturing process. Recycling makes sense since the battery electrodes contain highly valued metals such as cobalt and nickel.

The concept of giving a second life to electric vehicle batteries means reusing the batteries that cannot be used in automotive applications anymore, but it can still be used on less-demanding grid-connected energy storage applications where it does not need much battery cycling e.g energy generated from the solar power plant.

In Japan, Nissan has repurposed batteries to power streetlights and Renault re-used batteries backing up elevators in Paris.

The reason to control LIB manufacturing is not only benefits the manufacturers but the consumers also. It not only cuts down the cost of ownership of an EV but also creates a bigger demand towards EV.

More importantly, it will reduce our dependencies on other countries, reduce susceptibility from substandard batteries, and increase value generation in the country with a lot of technical expertise.

Alas, rechargeable batteries have their own setbacks: Degradation over time, affecting the ability to hold long charging times. And over time, the storage capacity only goes down, along with a lessening the power of the battery which affects peak motor output and acceleration.

Different battery systems have differing mechanisms for wearing out, ultimately reaching the end of their useful life.

Sadly, countries, like China are not seeing this as a problem, but as an opportunity and are going on are dumping low-quality battery packs for electric vehicles in India.

Importing cells has become a major reason for the depreciation of the quality and quantity of EVs on Indian roads, resulting in the cost of an EV being much more than a combustion engine vehicle.

Currently, there is no lithium-ion battery cell production plant in India, however, four democratic countries: the US, India, Japan, and Australia are looking forward to cutting down the dependencies on China in LiB market.

“I am confident that in five years India will become the number one hub for manufacturing electric buses, cars, and two-wheelers. There is also a blessing in disguise that a majority of countries are not interested in dealing with China anymore. So, now there is a huge potential for India,” Gadkari said.

The race for an automobile leadership will be won in the decades to come but the Indian government must reflect necessary relaxation and promote the EV sector amongst commuters.

Made in India Li-Ion batteries to cut dependence on China: Anant Geete

Replacing China imports difficult, yet possible, even in Electric Vehicles