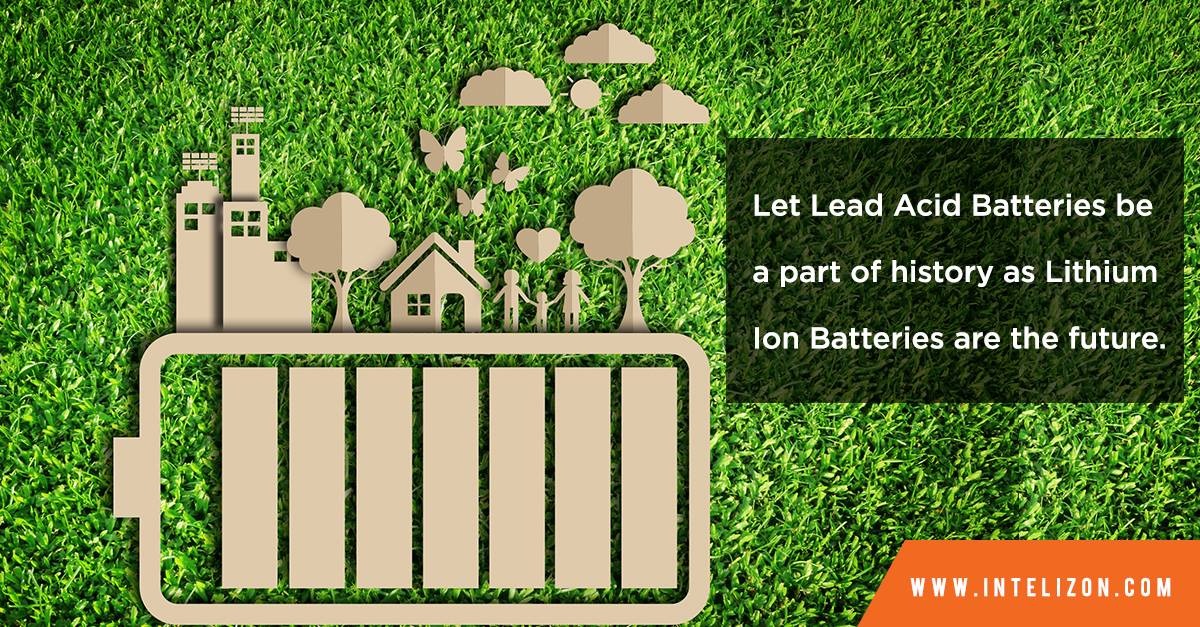 Lead-acid was the first rechargeable battery introduced for commercial use in the 1850s. Although it’s there for more than 150 years, it continues to be most widely used for backup power as an uninterruptible power supply (UPS) for emergency lighting and to power sump pumps in case of power failure. They are also used in golf carts and industrial cleaners.

They have been ruling this industry for a very long time and have a long track record, it’s because they are economical, rechargeable in nature, and produce a large amount of current.

Lead-acid batteries are no doubt tried-and-true technology, but it also has his setbacks leading to its downfall.

They are very bulky and are susceptible to a variety of degradations. Cost of transporting and installing also very challenging for consumers. The electrolyte level check and topping up has to be done very frequently.

Worst of all, lead is toxic to humans and release harmful gases during charging and discharging. So, they have to be installed at a well-ventilated place and should be recycled at the end of life.

Comes in 1970, lithium-ion battery is a premium battery technology with a better performance proving to be more efficient than the popular lead-acid battery. Over recent years they have overtaken lead-acid batteries as the most preferred choice for home solar storage systems.

Lithium-ion batteries are incredibly popular being available on laptops, cell phones, and iPods. From the smallest electronic gadgets, Li-ion technology is also used for powering electric cars. They’re popular for being the most energetic rechargeable batteries available.

In comparison to solar home batteries, they are cleaner with longer effective lifespan, recycle better, and require much less maintenance.

The most common and wide applications of lithium-ion batteries are:

No doubt its expensive; however, it stands out proud because of its properties mentioned below clearly showing why it’s better than a lead-acid battery.

Lithium-ion batteries are virtually maintenance-free allowing the owners to enjoy using their solar home battery without worrying about permanent damage. Lithium-ion batteries have a longer effective lifespan, around 2000 to 5000 cycles. They have higher energy density than lead-acid batteries.

The most obvious advantage of lithium batteries is its compact size and weight, lowering shipping costs by 80%. Easy to install, lower transportation and installation costs make them a favorite to consumers. And most lithium-ion batteries are 95 percent efficient or more making it more reliable.

Lithium is not of great concern from a pollution angle, as these batteries do contain metals like cobalt, nickel, and manganese and are not as harmful as lead.

Over the past decade or so, the global infatuation with smartphones and all kinds of other technological gadgets has resulted in huge demand for lithium-ion batteries.

Increased emphasis is on transitioning to renewable sources of energy with sizable batteries is an attempt to make the technology feasible as a replacement for fossil fuels.

As the market for electric vehicles increases making it more accessible to the common man, the costs surrounding lithium-ion battery technology will also come down.

Apart from that, with the world pushing for maximum portability of most gadgets, there is a potential market for lithium-ion technology.