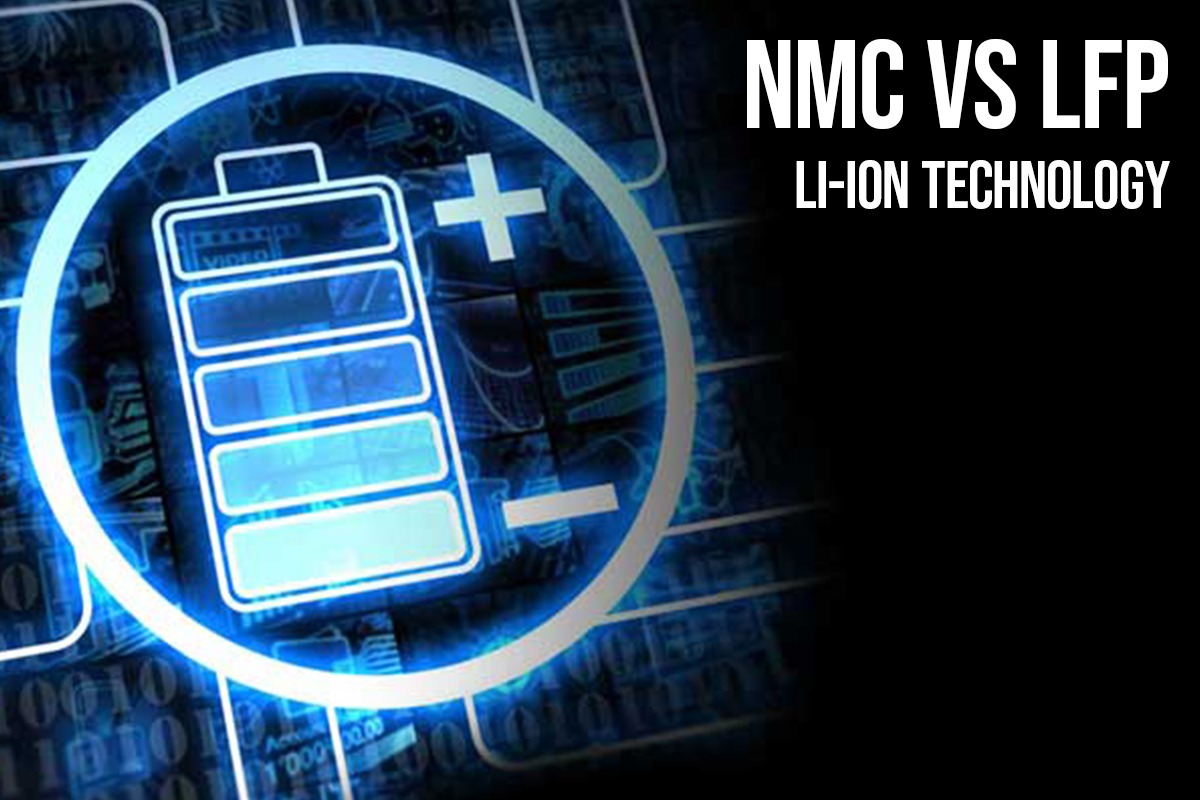 A Li-ion battery is made up of four main materials: cathode, anode, electrolyte, and separator.  And they are usually named after its cathode materials such as NMC battery or LFP battery.

NMC largely consists of Lithium, Nickel, Cobalt, and Manganese whereas LFP is made up of Lithium, Iron, and Phosphate.

Lithium ferrous phosphate (LFP) and lithium nickel manganese cobalt (NMC) are two different members of the lithium-ion battery family dominating in the Automotive industry. All the electronics products use lithium-ion batteries as the main source of power.

In the energy world, LFP was dominating due to its low maintenance and high capability of withstanding voltage. LFP Batteries has been one of the most popular rechargeable batteries for portable electronics ensuring a better life cycle and high energy density.

That’s why they are popular for their usage in military land vehicles, medical instruments, and aerospace applications for its longevity, good thermal stability, and ultimate safety.

One of the most highlighted features of LFP batteries is the non-usage of COBALT, which makes the product less expensive and allows the manufacturers to sell their electric vehicles at a lower price. Above all LFP batteries have been labeled as absolutely safe.

The second feature in favor of LFP batteries is its long life which again adds life to the batteries in electric cars giving a mileage of a minimum of 10 years.

LFP is the only Lithium-Ion battery that does not contaminate the environment or pose any danger to living organisms.

LFP batteries are safe for commercial, home, and mobile storage.

Lithium nickel manganese cobalt oxide batteries (NMC) are a multi-layered cathode made of nickel, cobalt, and manganese which makes it a little more expensive than LFP Battery and the secret lies in combining both nickel and manganese.

Nickel is known for its high specific energy and manganese improves the life span. When combined, all three metals produce a cathode with super energy and power.  NMC is undoubtedly the battery of choice for power tools, e-bikes, and other electric power trains and is frequently referred to as the ‘all-rounder.

Which One Is Better?

Both have their pros and cons. LFP batteries are used with portable and stationary devices. They can be inserted in anything like a mobile phone or a battery backup application. However, NMC batteries have proven themselves to be capable of handling big tasks like powering vehicles.

In this war of LFP vs. NMC batteries, Western markets primarily use NMC formulas, whereas in China LFP is the main technology. Countries like China, Japan, and few other Asian countries prefer LFP batteries because of cheap manufacturing cost, and being good for shorter duty cycles suits the population,  making battery density less of an issue compared to the US or Europe with its sparsely populated cities.

However, when comparing batteries with the same capacities, the energy required to produce the LFP and NMC batteries is almost the same. To produce the same kWh of battery, LFP needs more number of cells than NMC and therefore, LFP manufacturers release more waste to the environment.

Above all, since LFP is composed of cheap metal, Iron, recycling companies are finding it difficult to recollect and recycle due to low economic viability.

These used cells are taken out of used electrical vehicles from China. Hence, they are available at cheaper cost, however it affects the life & efficiency of products.

In NMC, there is no risk of secondary or used material, which makes it obviously costlier than LFP which in return gives high efficiency performance & longer lifecycle.